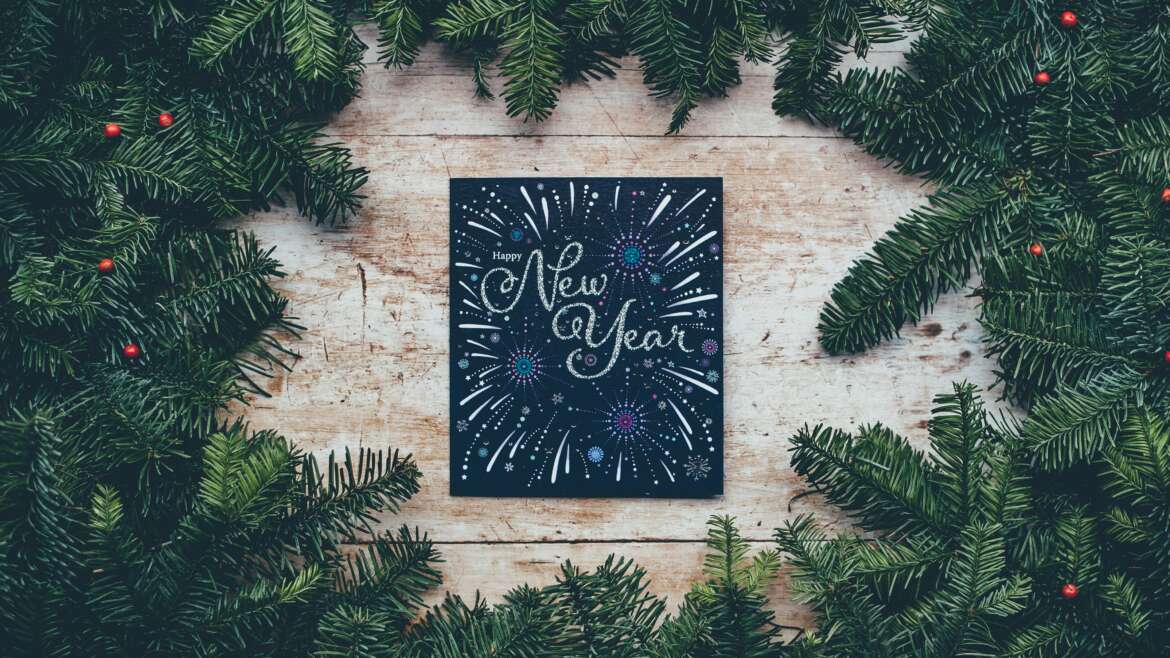 For many of us, the New Year is a time to start another chapter in our lives, close old things and make resolutions. It has been a busy year for WordPassion, with some changes. In this post, we come with wishes for a Happy New Year in different languages. However, before we go on to the list, let’s get to know New Year’s Eve traditions from around the world.

How do the Spanish celebrate the New Year?

The Spanish, who eat 12 grapes on New Year’s Eve, symbolizing the 12 months, are undoubtedly inventive. Before midnight, they watch a TV broadcast from the Puerta del Sol, where there is a clock with a bell above. Each single bell strike means eating one grape. What do they gain by upholding this tradition? They can enjoy success and prosperity throughout the whole year. This tradition came from the worship of wine because grapes symbolize a rich harvest. The Spanish are also waiting for parties until the dawn with loud music, for which they put on red outfits because they believe that this color will additionally provide them with happiness.

The traditions of the South American countries, Mexico and Spain are intertwined. But it is worth taking a closer look at Colombia. Grapes are also eaten there and people put on a costume and underwear of a certain color, but this time it is yellow. Besides, Colombians fill pockets with lentil grains to ensure stability in finances. At midnight, we will certainly see people rushing out in a hurry with a suitcase in their hands, as if they were rushing at an evening train. However, these are not latecomers, but people who want to fulfill their travel dreams. They circle their block or house with hand luggage for this purpose. Another custom is associated with potatoes. What can people do with them on the New Year? Colombians put three potatoes under the bed on New Year’s Eve – one peeled completely, another one half-peeled, and the third one unpeeled. They reach for them with the arrival of the New Year. The more potato shells, the better will the next months be.

In Bulgaria, the New Year is a bit later than in Poland. Bulgarians have the New Year on the night from January 13th to 14th, due to the Julian calendar used there. There is a tradition to go from house to house and wish happiness, health, and long life. When midnight comes, and with it the New Year, survakari, or young carol singers, set out, carrying decorated twigs with them. They are made of dogwood and, when formed into circles, they are attached to the main twig with ribbons, beads, corn, candies, dried fruits, and balls of wool. Then, people’s backs are punched with these. According to tradition, this is supposed to bring prosperity to the hosts. People treated this way should give back a small gift, such as sweets or a coin.

The New Year’s Eve in Greece

In Greece, the 31st of December is not known as the New Year, but as New Year’s Eve. On the 1st of January falls the memory of St. Basil of Caesarea or Agios Vasilis. On this day, Greek children receive highly anticipated gifts from Basil. He puts them in shoes, but you can also expect the gifts under the Christmas tree, or just somewhere in the room. Another custom that is related to the figure of the saint is the round vasilopita cake. It is cut and distributed among family members in the correct order – from the oldest to the youngest. The lucky one who finds a gold coin in his or her piece will do well in the future. Then, the younger members of the family go out to clubs, for concerts, and the older ones play cards. If you see a red mark at the doorstep of the house, don’t be afraid – it’s a pomegranate deliberately smashed to provide you with joy and richness.

Now, let’s move to Asian countries. The Chinese New Year is celebrated according to the lunar calendar, at the end of January or at the beginning of February. A crucial element of celebrating the New Year is decorating the houses, mainly in red, and preparing traditional jiaozi dumplings. Cleaning is also important,  specifically, wiping away the dirt and bad memories from the apartments. We must do it in advance because on the first day of the New Year we can take happiness outside the house by accident. The most important of the Chinese New Year’s rites is the taming of the dragon Niana, who sows destruction. The monster appears on New Year’s Eve. A day later, red envelopes are presented. Children and unmarried are offered money and special wishes. Red fruits and flowers are also typical gifts.

The Water New Year in Thailand

The residents of Thailand have to wait for their holidays until the 13th of April. The celebration begins when the Sun passes from the zodiac sign of Fish to the zodiac sign of Aries. Hence, the name of the celebration – Songkran. A characteristic motif is the mutual splashing of water, as during the Polish “dyngus”. The Buddha statues are washed during the procession and also in temples. Water has a symbolic meaning in Thai culture. It is believed to purify from evil. The Thais pour water from buckets, balloons, water guns, while cars traverse city streets with trailers full of ice. The largest water battle is known from the city of Chiang Mai, through which the canal passes.

The New Year in Korea

On New Year’s Eve, the Koreans have reduced working hours. Most often, they spend this day with family or friends, although it is also very popular to go to restaurants and drink soju – a Korean vodka and eat songpyeon – rice cookies in the form of a crescent. Other residents go to concerts and performances. Fireworks can be seen under the open sky. The arrival of the New Year announces the bell. The first day of the New Year is also spent with loved ones. Families visit the monuments of important leaders and worship them, asking for further care.

Money as a gift for the New Year in Japan

Japanese celebration begins with a thorough clean-up of the apartment. On the New Year, the bells of the Buddhist temples chime. Also, on the New Year, families pray at home altars and go to temples. Children receive gifts, most often money, and adults receive cards with the motif of an animal that will patronize them in the coming year. Read more about Japanese celebrations of New Year’s Eve here.

The feast of Tet, which is the name of the Vietnamese New Year, usually falls at the end of January or at the beginning of February (just like the Chinese New Year). As in Japan, house cleaning is carried out to get rid of last year’s concerns. In the northern part of the country, the houses are decorated. In the apartments, you can see branches of blooming peach or tangerine trees. In the south, apricot twigs are used. The Vietnamese prepare special  New Year’s dishes – banh chung.

As we can see, once again the well-known Polish proverb “so many countries, so many customs” is confirmed. Of course, there are many other countries which traditions are worth paying attention to. By expanding our knowledge of them, we learn about the culture and mentality of other citizens of the world. Regardless of whether we choose Polish customs or take from foreign ones, may the New Year bring positive moments and joy. May it be full of love, prosperity, and most importantly, of health!

How to say “Happy New Year” in foreign languages?

You can also learn how to wish Merry Christmas in foreign languages here. 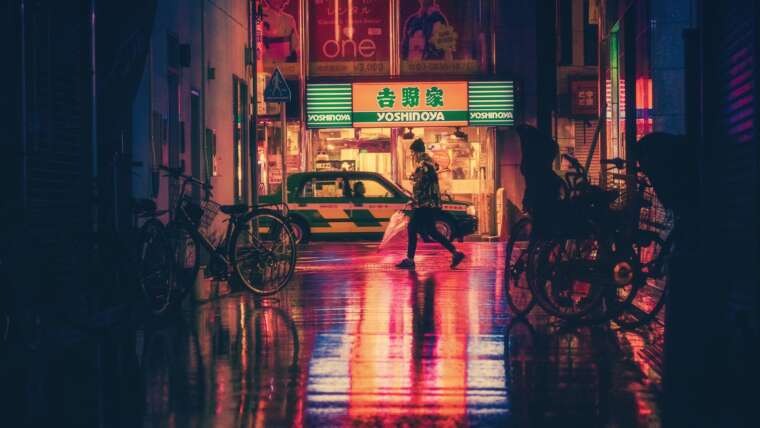 Japanese course – why is it worth it? 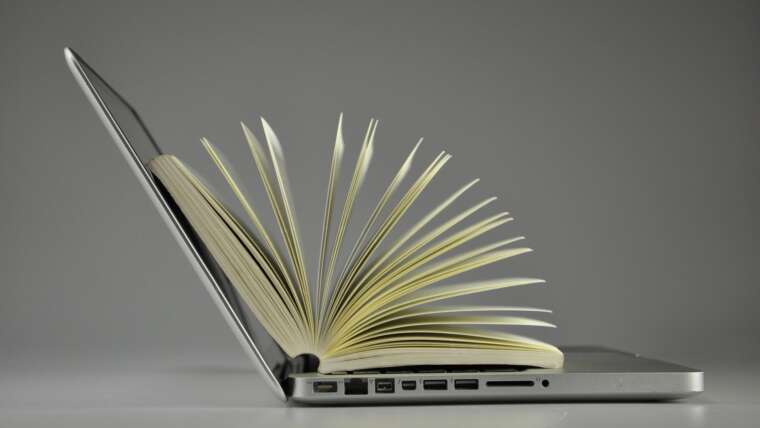 Learning language online – is it worth it? 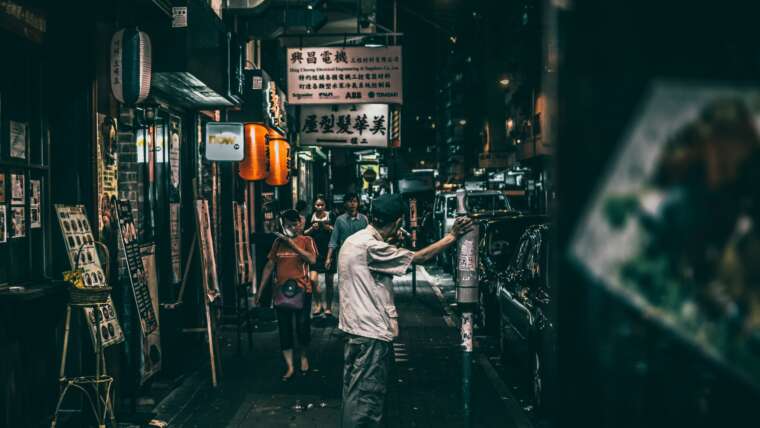 The Chinese language – what do you need to know? 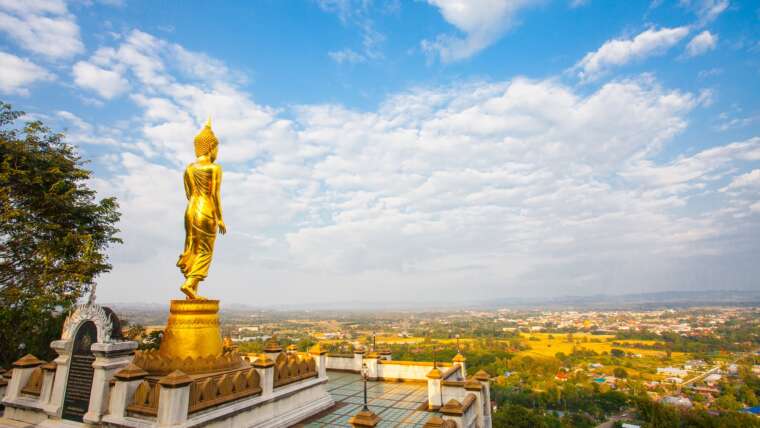 Thai course – why is it worth it?

E-books for a company – is it worth writing them?

A professional copywriting agency – how to recognize it?